How I was saved from being stabbed, or dropped off in the middle of nowhere, and kept my wallet… 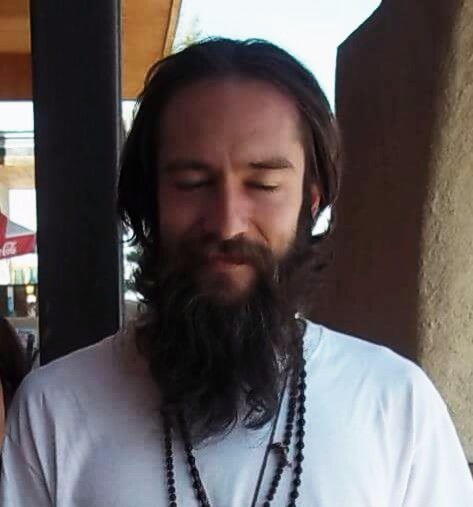 I can’t ever express enough gratitude for having been exposed to subtle energy and mind training techniques... The additional resources offered by this knowledge and practice has helped to face and overcome extreme challenges many times. Sometimes even completely deflecting problems. Or, providing the deeper insight to avoid a catastrophe.

One time, years ago at about age 21, I found myself with a knife to my throat. The sudden poke at my throat brought my awareness sharply back from where I had been drifting...
My attention and gaze had been focused mystically into the night sky.

The sharp prick was immediately followed by a cutting. “Don’t move! Don’t F#$% around! I have a knife to your throat! Don’t make me have to cut you right here!” Or something really similar.

I started to look down. This guy who I knew from working with for months, but I would not really call a friend. Because naturally someone carrying this kind of energy I do not trust like a close friend. However, I have tended to want to see that everyone is good in their hearts, and some are just a little mixed up and confused.

This has almost gotten me in trouble before, looking past some dangerous qualities… So here I was with a knife to my throat and looking down because I did not really believe this could be happening at first. “He must be joking” I must have thought…

He started to cut just a little bit. He wasn’t joking. “You feel that! That’s a knife. I’m not f&*% around. This is not a joke! Give me your wallet! And, get out of the car! I’m going to leave you here.”

My mind immediately started to work! Automatically my mind training and practice with *power kicked in. (*subtle energy)

I knew that I did not have to listen to him, and merely do what he wanted. And, I did not want to! We were at least 40 minutes out in the middle of nowhere at night. (I wondered why he was driving us way out there!) A 40 minute DRIVE was to the tiny town I went to college in. There was nothing in between! I don’t think we passed any cars on the way back.

It would have been a difficult walk. I made a decision right away to keep my wallet and get him to drive me back to my house. I also knew that I was in a dangerous situation. But secretly, I think a part of my mind relished at the opportunity…

This was exactly the kind of circumstance which could stimulate impeccability as according to the “shamanic” teachings which I was deep into at the time. This was very real, life and death. In the car with a mind gone psycho swinging around a dangerously sharp knife that came to a wicked point.

I began to exercise the force of my will, and the energy of intent. Information was flooding the mind. Direct knowing. I knew that he was obviously out of control of his mind, emotions, and energy. Though he wanted to appear forceful and in control, inside he was not. I knew that the more balanced and in control within myself the more power in the situation that I would have.

I talked to him and directed his mind to what I wanted covertly. Taking control of the situation. I reasoned with him, and projected calming energy. Later after I had already gotten him to start driving me back, he again became agitated and acted very crazy. That was when he started swinging the knife around. Turned the car around and started driving back out into the boonies. And said crazily “do I have to take you back out there and hurt you real bad!?”

I had pushed or prodded in the wrong way. Or said the wrong thing. I had given him the wallet, during the unfolding of events as I worked on not getting out of the car. Now, I was working on getting my wallet back. I had to calm him down again. That time acting scared and very submissive helped, and we got the car back.

I don’t remember actually feeling scared during most or any of this. But I put on a show as I had learned from the shamanic system I was studying and practicing. If this is a dream, and really we are like actors here… Playing a dream role, then the shamans say we can utilize the freedom and fluidity of a dream, and shift our role accordingly.

As I said, I don’t remember feeling deeply afraid at any point during this life threatening drama. Later after this event I did, as he continued threatening. But at the time, as the mystical training I had kicked in I was saved. Perhaps even just out of necessity and strategy for what I had already set my mind to, the fear was not there.

I needed to not be afraid. To remain in control of my mind, energy, and thus the situation. If somewhere I was afraid, it had gone out of focus.

I got my wallet back shortly before he dropped me off. Pretty much right across the street from my house.

Real magic happened that night. Things happened so fast. Automatically. I already knew from the moment I had set my mind power and intent to it that I was not going to be walking home. And, that I was keeping my wallet. Everything else in between happened as it needed to facilitated by that far reaching power.

You have seen it already… How “power”, energy, the mystical force works in your life and lines up synchronicities. Things that happen which are really “in your face” obviously by conscious design. Beyond coincidence.

I can never stress enough the importance of your relationship to and practice with subtle energy. “Know thyself”. And, know the infinite resources offered to you for the experience of being. There is no limit. You can go deeper and deeper. Never is there a reason to be bored here, when you can experience ever more refined states and boundless empowerment.

For me, everything comes down to energy. We are beings of energy. This is a world of energy. That is why Siddha Life Mastery Online School’s first course is all about developing your direct connection with subtle energy. Energy is knowledge, information, vibration/(matter), ability, all force… etc. Being able to tap into your energy, and the infinite field of energy does indeed enhance every aspect of life.

It does not matter what we are doing. You can eat better. Sleep better, make love better, succeed more… Excel in business, have better relationships, live a healthier life, die liberated, without limits, through knowledge and application of Subtle Energy!

So if you have not enrolled yet in the Free Intro & Experience of Subtle Energy Course… Then what are you waiting for? Go do it now! 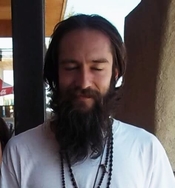